In 1992 industry veteran Michael Schlicht founded the first privately owned film distribution company in Russia.
For more than a decade he oversaw 20th Century Fox operations in Russia. In 2006 his company merged with 20th Century Fox Russia which he was running for another 2 years. After he left Fox in 2008, he helmed the Sony Pictures International Russian division. Together with Sony Pictures he also set up Sony Pictures Entertainment to produce Russian films for distribution across to CIS and beyond. Films produced By Mr. Schlicht include Fedor Bondarchuk's blockbuster "Stalingrad", "Vysotskii", "Battalion" and "The Very Best Movie" comedy franchise. Schlicht is a Moscow Institute of Foreign Affairs (MGIMO) graduate. 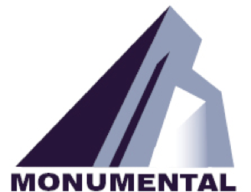 As CEO of Karo Film, Paul Heth revitaled the Russian cinema sector. In late 2012, Heth and partners purchased Karo Film Group, a leading Russian cinema operator and media agency. Heth led the sale of Kinostar Delux cinemas, which he and American media conglomerate National Amusements had co-founded in 2002. In 2000, he joined with National Amusements to design, build and operate "next generation" multiplexes in Los Angeles and Philadelphia. In 1996, he and Eastman Kodak launched Kodak Kinomir, which under his leadership was among the highest-grossing and most profitable cinemas in the world. In 1993, Heth co-founded Russia's first modern cinemas.

After doing an MBA in Paris, holding several positions in the financial sector and producing the official IPC Sochi Paralympics  Documentary, Polina partnered with Monumental in 2014. In addition to producing, she purchases movie rights for UFD (ufd.ua) on international film markets. Please click here a list of the titles acquired so far.

Co-founded Titan VR (www.titanvr.com) in March 2017 and sold it to an advertising and event agency in December 2019.​

Launched in 2016 Monumental's Berlin office to strengthen its presence in Germany and Europe. For several years cooperating with distributor Kinostar to bring Russian films to Central Europe and most recently to the US.